The Dufour peak is the higher peak of Monte Rosa. It was named by the Swiss General G.H. Dufour, that besides his military credits, published the Dufour Map, the first Swiss topographic atlas.
The Dufour peak has been reached for the first time by Hudson, Birkbeck, Stephenson and Smythe with the guides J. and M. Zumtaugwald and Lauener. The east face was reached for the first time in 1872 by a group made up three Englishmen, an Austrian, a Swiss and an Italian, Giovanni Oberto. After two years, also the way on the south-east ridge was opened and today this is the usual way.
This peak has not a pointed shape, some sides are curved and it is characterized by the red color of the rocks, sometimes in contrast with the white of the summer snowfalls. The ascent is very interesting, especially when you cross the ridge on the way to Capanna Margherita and on the top, where you can admire the Monte Rosa chain, the Mont Blanc, the Gran Paradiso, the Matterhorn and the Swiss Alps.

Itinerary
You will reach the Mantova hut from Indren point and you will spend there the night. The next morning, you climb up to the Lys Pass and then to the Gnifetti Pass. You follow the ridge track on the left till the Zumstein top. You go down very carefully on the ridge till Zumstein Pass, also called Pope Pass, where the ridge goes up. The track on the snow ends and you continue on the red rock. On the Dufour top you will find a metal cross. To go down you follow the same way of ascent till the Manotva Hut where you stop for a pleasant meal. 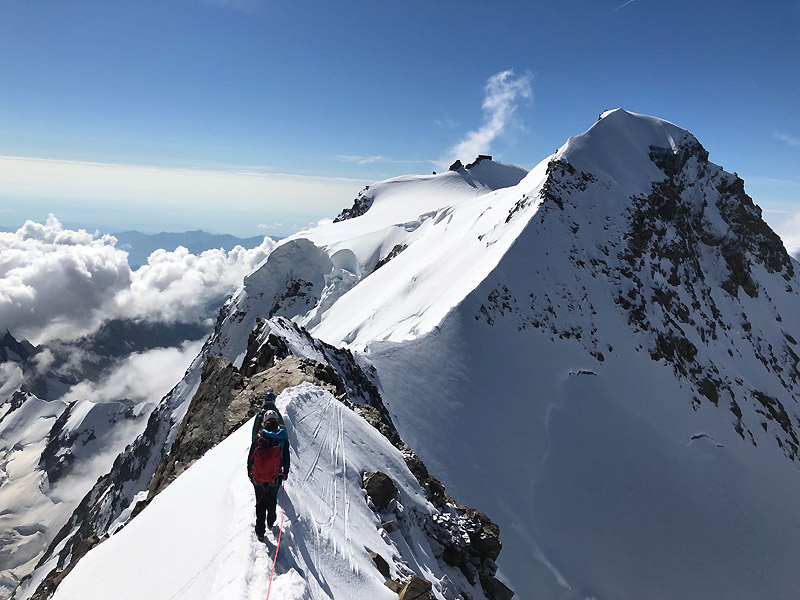 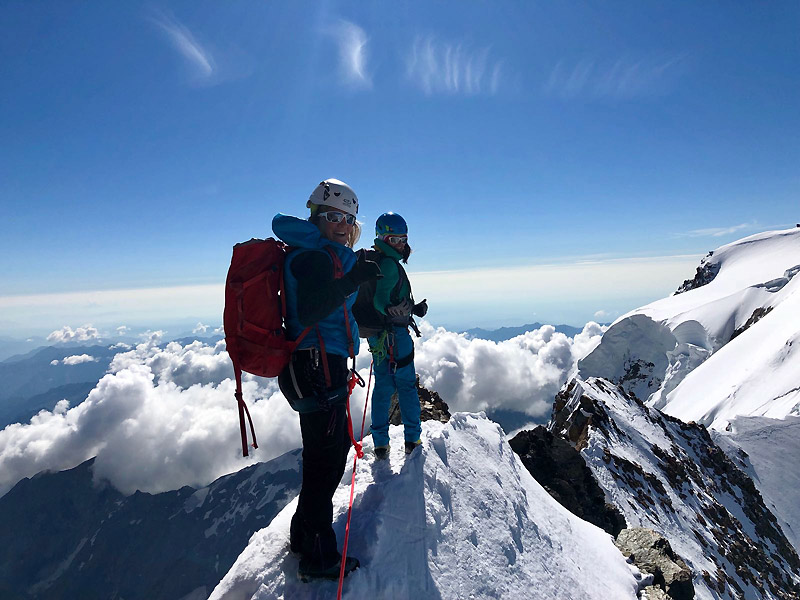